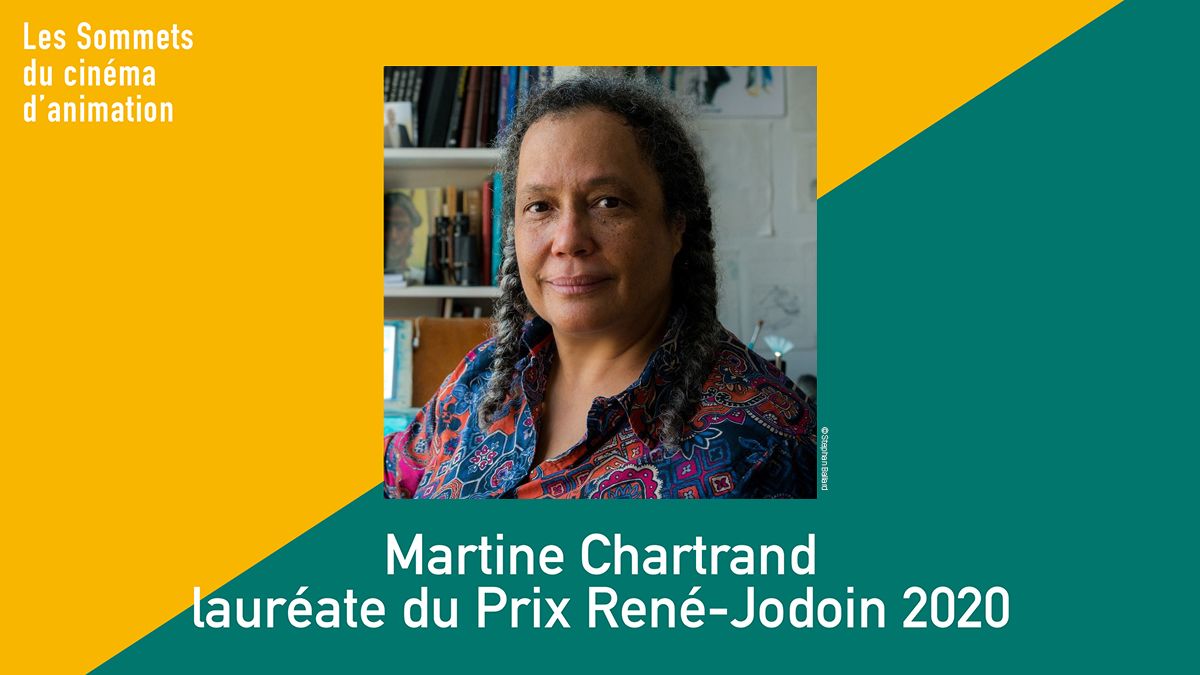 The René-Jodoin Prize, created by the Sommets and the Cinémathèque québécoise in 2015, distinguish an influential and committed Canadian animation personality. In 2020, it will be awarded to Martine Chartrand. A graduate of Concordia University and UQAM, Martine Chartrand is a committed filmmaker and great humanist, having celebrated black identity in two films of impressive influence: Black Soul (2000) and Macpherson (2012). She used glass painting in these two films, a specialization that places her in the lineage of great masters such as Caroline Leaf and Alexandre Petrov. With generosity, this Quebec artist of Haitian origin has given numerous workshops and conferences to teach the technique and raise public awareness on the history of black peoples. Broadcast on our Facebook page: https://fb.me/e/7YY9Cq6Ka and available the next day on our YouTube channel: https://bit.ly/YTSommets (In French only)